Maids starring Andie MacDowell and her real-life daughter Margaret Qualley is probably one of Netflix’s most touching dramas of all time. Maids stars Qualley as Alex — a struggling single Mom following a bout of domestic violence with her ex-boyfriend Sean who like many people out there today struggle with strong alcoholism.

Before we go on, we’d like to issue a trigger warning about this limited series. This series touches on emotional trauma; abuse, alcoholism, and other things that may be mentally troubling for some. If you or someone you know is struggling with abuse or alcoholism you or they are not alone. There is help.

The series opens in a heartbreaking scene that brought back flashbacks when I left my own partner. Alex in the opening scene is seen with her husband inside their trailer home at night asleep. Though he is she isn’t — that is because Alex is preparing to grab her daughter and make a break for it over the emotional and traumatic abuse she has suffered by someone who claimed to love her. Perhaps this entire beginning scene tells the narrative that will be set before one even actually begins the show.

At times Maids is almost tear-jerking hard to watch even as a man. To think that there are women out there struggling in this way moved me to means I had no idea one could possibly be moved. Qualley ‘s movie-star performance as Alex — a driven; ambitious, independent young woman reminded me that despite her struggles there is always a will.

It reminded me that despite her struggles with Sean; the abuse, the emotional trauma and the scars that were left behind that despite life never being easy it is possible to survive. And then there’s MacDowell (who I am not too familiar with but maybe that is because I am about as old as Qualley though lol.)

Playing the role of Paula MacDowell ‘s role touched on one thing that most people probably are fairly familiar with. Growing up, I too had a Paula in my life and even to this day. I think series wise it was most difficult to sit through MacDowell ‘s performance as Paula simply because it felt so much like real life I forgot at times that I was watching T.V from my apartment in New York City. Paula perhaps was the breakout star of Maids simply because she was so relatable.

The world doesn’t often talk about abused older Moms who have gone through a life of struggle; abuse, alcoholism, and homelessness. That is a section of the population that often is forgotten about because people often assume that after a certain age some people aren’t important anymore. But like the small acts of kindness seen in Maids we too could be more kinder to people like Paula and Alex in the real world.

To put it blankly, this isn’t one of those shows that we T.V writers or bloggers can blog about because I’d rather you watch it than me tell you about it. Maids absolutely has earned 5 out 5 stars and both MacDowell and Qualley have earned every bit of praise that has come their way. Both performances were award season ready and movie-star level — something not often seen as of late. MacDowell is no stranger to awards season, however, Qualley’s own performance certainly delivered and deserves serious awards season consideration next year. 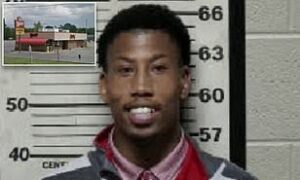 Previous post A Wendy’s manager in TN has been jailed after dousing an angry customer in hot oil because he was served cold food
Next post Questions mount in the death of Jelani Day as family refutes reports of organ harvesting, FBI assisting investigation

These days we spend allot of our downtime streaming new content from around the world. Given that our jobs are...

American T.V operator DirecTV is poised to drop OAN (One America News) from its network indefinitely in April. According to...

It’s the day social media has long dreaded. According to US media reports, legendary actress and comedienne Betty White has...

American actor Chris Noth has found out the hard way about allegedly being a creep behind the veiled walls of...

Jen Shah the US reality TV star accused of an extraordinary scam targeting elderly people isn't getting off easy at...

Television host Nick Cannon is currently living every parent's worst nightmare. According to reports, his 7th and youngest child son...