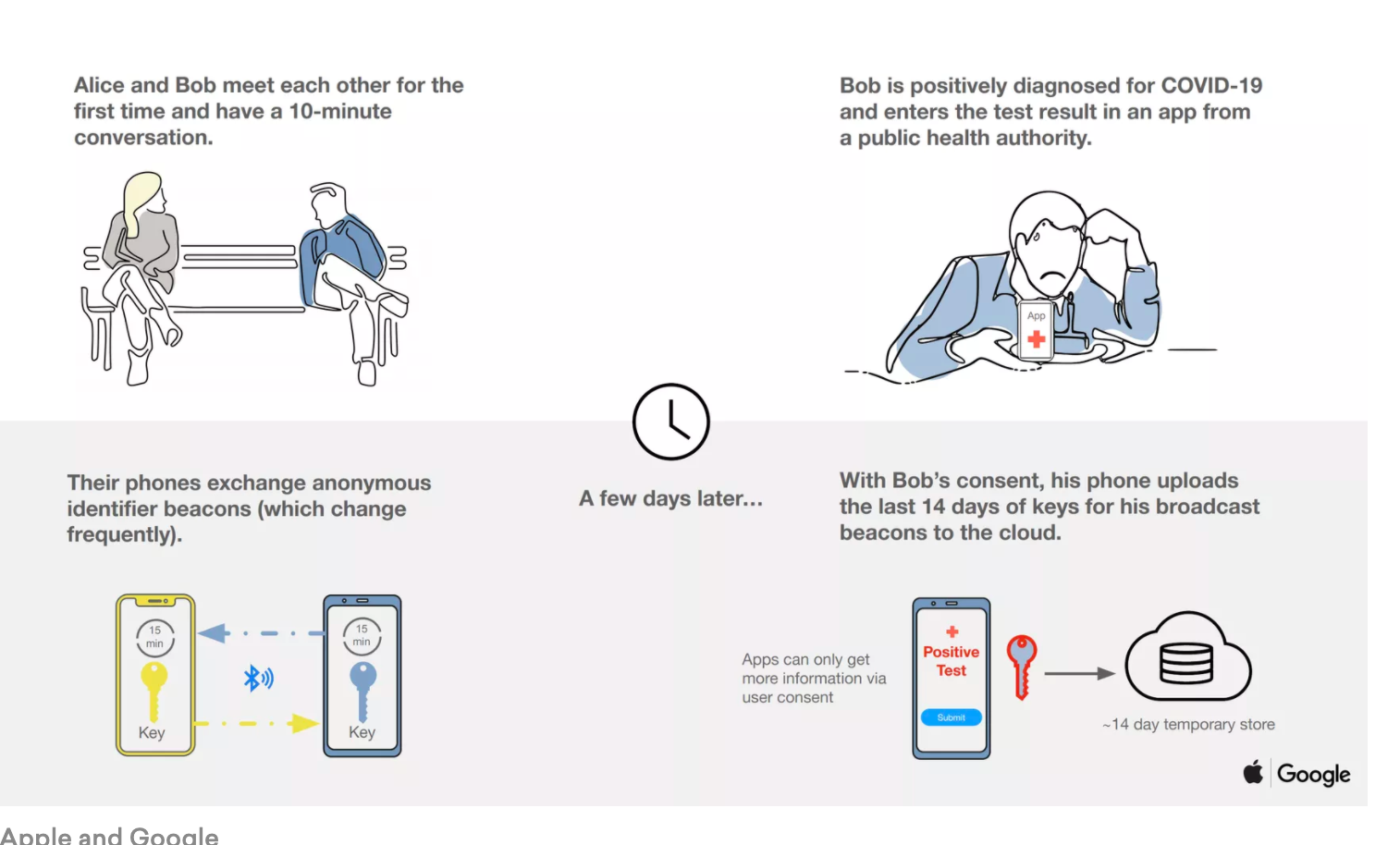 Apple and Google are teaming up for a huge project, it’s very important you know exactly what that project is

In tech — Google and Apple don’t usually find themselves in the same sentence unless of course we’re talking about petty legal battles over even the smallest of things. But this time, the tech giants are in the news because they’re working together on an app that will allow essentially the patients and the COVID-19 virus (and its whereabouts) to be tracked.

So here’s how it works. The term we’re looking for here is essentially called contact tracing. Apple and Google have teamed up to create a yet to be fully described app that would quite literally inform you when you’ve come across someone who is otherwise infected with the virus. Both companies claim that user information would be anonymous to them; governments, and the like leaving only Bluetooth like information keys available.

Critics however aren’t fully convinced since two of the must untrusted companies on earth are the one’s creating the device. Google for years has been plagued by privacy violation complaints, meanwhile, Apple has been accused of not necessarily doing enough.

It’s very important here to remember the following: Google and Apple aren’t building the interface themselves — they’re simply providing the API and such for developers to do it themselves.

This is where it gets sort of sticky. Initially, it was believed that at some point public health authorities would take over developing the apps which then would leave people to make the decision of downloading it to themselves. But as the New York Times points out, er, that isn’t quite just the case. The Times notes that at some point in the next month-or-so, both companies plan to build the software that eventually gets built into their very operating systems. Universally ensuring that the software runs 24/7.

The companies claim that users won’t be able to be identified literally, but will have cryptographic type key on their devices that refresh every 15 minutes.