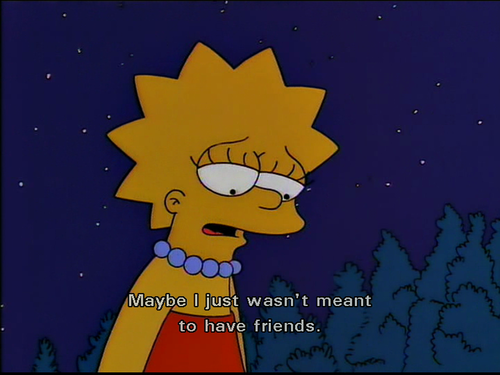 Friendships are  part of the very fabric in which defines humanity as we know it. But sometimes friendships can be pretty damn toxic, often most not even realizing that fact alone.   The older I’ve gotten I’ve gotten to a point that I realize people are more often than not in situations that benefit only themselves rather than all parties involved.

Toxic friendships have so many “definitions” that no definitive way to define them exists. But in short terms, they are pretty much friendships that seem or appear to be one sided and often result or actually are friendships that one person is often the victim of ones’ personality and mental issues.

I think we’ve all come across people who believe they know everything, and often appear to or suggest that they are an expert in everything simply because they are “them” and they are ‘right”.   Most of the toxic friendships I’ve encountered have almost all began this way.

The first sign of a friendship in this department is when your friends begin their conversations usually talking about themselves; their expertise in scenarios that otherwise don’t make any sense, and usually end with people who are offended when they get told about themselves or called out on their bullshit.

I’ve had quite a few “situationships” recently where I found myself on the receiving end of constant hate; know-it-alls, “experts”, and people who genuinely found solace in putting others down (not even being shady in a funny way) to fit their quest for dominance.

READ  Yet another head at CBS rolls amid sexual harassment allegations

It is often hard to recognize that you are in a toxic friendship because the pain and shit of losing your homie or someone you care about may be worse than the pain you may be feeling at that time.

2.  You can’t seem to do anything right by your so called friend

Whether it be an accomplishment; school, work, or just something in life in general — your buddy seems to always have something negative to say no matter what it is. These kinds of people definitely exist and it is also the first sign that they are extremely jealous people — who want no good for you whatsoever.  Especially.. if it means that you are openly doing better than they are.

3. They don’t share details of their life with you

This one should seem pretty obvious.  Friendships should be about celebrating each other; accomplishments, fun times, and great memories.  This is also usually a tell-tale sign that they are severely selfish.

4. Their critiques seem more like bad shade rather than honest criticism

I’ve always been a firm believer that in my friendships I am always the first to point out something that appears wrong.   Lately, I have come across all kinds of people who don’t believe in such and would rather do the opposite. Whether it had been me or another friend, their critiques were almost always bad shade rather than honest criticism — in fact it was often intentionally mean and it appeared to be shade to make themselves feel better.

If your friend is like this and would rather throw bad shade rather than honestly critique you or your friends as a whole — chances are they are fake as hell and you probably should ditch them.   Friendships should be able honest criticism to make each other better, not a feeble attempt to make somebody feel better.

The older I’ve gotten there are no scores and you did this you did that in my friendships. In fact I don’t think I’ve ever truly been that way. But lately, I’ve come across people who feel the need to keep scores and constantly remind you and or others of apparent things that you did wrong and “bad”.   People like this are so extremely toxic you should avoid them all together.  Avoid them because that’s the wrong way about going to achieve self-righteousness.