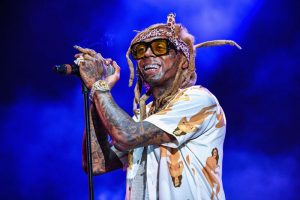 Lil Wayne’s hotly anticipated album is preparing for its release,  a release, that pretty much everybody has been waiting for.   According to reports, multiple at that,   Tha Carter V is set for a release before the end of the year.  Young Money ‘s Twitter account confirmed that the anticipated album would see its actual release on 21  September — 7 years after it was first proposed.

You can bet that we will be the first among critics to review the album.