WARNING: This content may be scrubbed from Chinese internet.   This  content will be available by “iDownload”  (as it is called) in PDF form from our servers tonight.

Editors note: We have confirmed that the photograph in which appears to show BingBing in custody may be photoshopped . Tracing it back to multiple Internet forums, it, came from someone in which appears to have taken it from a past film. Bing Bing’s trouble began with a 2004 film and its release — our Chinese team has a timeline of events and pertinent information about the Chinese entertainment industry underway.

EDITORS NOTE: 19 SEPTEMBER 2018 Iconic producer Feng Xiaogang is also named in the documents and information obtained by The Daily News.  Our source indicated that Xiaogang is also presumed to be targeted among those who have dealt with Bingbing, and, may see a number of his projects cut and or suspended by Chinese sensors.

UPDATE:  We’ve additionally learned that as of Friday at least three luxury cars belonging to BingBing have disappeared from her home. It is believed that they are in possession of tax authorities.

READ  Zenon reveals why she left General Hospital, at least, for now 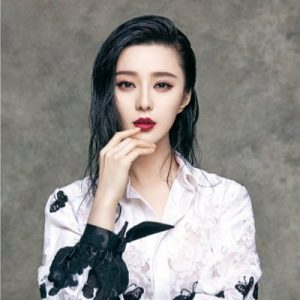 THE DAILY NEWS has learned numerous new details about the fate of Chinese mega star Fan BingBing.   Let’s take it way back so people understand the extent in which the Chinese government will go to prove their might.

Several contracts belonging to Fan BingBing were posted online indicating that her management company reported about $1.6m in earnings to the taxman.  However, she, had actually earned upwards of $7.6m in the past year.

Our source also  claims to have  security footage of Fan BingBing being taken from her home by police forces.   We are working to confirm the authenticity of the footage before  we publish it. Although we have to issue this warning now……

It is unknown  whether or not the government has harmed Fan BingBing.   The Communist Party has notoriously in the past  harmed their inmates.

In fact,  our Chinese reporters  picked up information in late July that  the government had secretly placed BingBing under investigation.   At that point, BingBing ‘s phones and electronic equipment were placed under  apparent watch whereas “they were than tapped so that the government could understand the extent in which  they believed she was conning the government all together”.

The Chinese authorities were swift to pick up on the contracts, which, Weibo subsequently took down from their website — although they were picked up by multiple outlets around the world.   At the time,  BingBing  had last been seen appearing at a Children’s Hospital for charity work.

This would be the last time she was seen again.    Now, the Daily News, has learned exactly what happened to BingBing.   Chinese police officers who spoke on the condition of anonymity, uh, confirmed that BingBing indeed was arrested by state authorities after attempting to leave the country.

READ  The real reason Kocktails with Khloe was cancelled

Early reports on Weibo and social media claimed that BingBing had attempted to board a flight to Los Angeles (which indeed occurred) although she was stopped by authorities midway through customs.  Sources at LAX confirmed that  someone by the initials of  F.B.B  was due to arrive in Los Angeles on 10  July 2018,  although, she never boarded the flight.    We attempted to confirm  from the opposite end  via Air China, however, they  refused to confirm or deny  that Fan BingBing was due to board an international flight.

Ying Yang contracts (as they are known in China) are contracts meant to dupe taxation authorities.    In the case of Fan BingBing, one contract reads a certain amount earned while the other reads the actual amount earned.   We’ve learned that the Chinese government was able to confirm that they indeed are real contracts, and, managed to uncover banking documents for BingBing that proved she was lying.

We are told that the Chinese have accused BingBing of being the sole mastermind behind the contracts with not one but numerous accomplices.

Where is she now?

Persons familiar with China’s  security forces (i.e police) tell The Daily News that Fan BingBing has been held in a government facility in  China since at least the middle of July. “She’s been moved at least twice due to concerns that people knew the government was holding her, particularly, where in fact she was being held” the source says.

An anonymous source  also confirms that BingBing is under investigation for apparent “illegal lending; corruption, and widely hidden money laundering schemes” per documents and communications obtained by The Daily News.

READ  Some of the Super Tuesday results are in

Because of our own status in China, whereas, we have also been targeted by the Communist Party — we are not obligated to reveal the source of the documents seen and or how we managed to ge into contact with them while inside of China.

On 8 June 2018,  Fan BingBing and said BingBing studio  issued a statement to the South China Morning Post categorically denying the claims of tax fraud and ying yang contracts. Although, The Daily News, has learned that  at the same time this statement was issued — Bing Bing’s home was raided  and several financial documents and banking records were taken from her home.