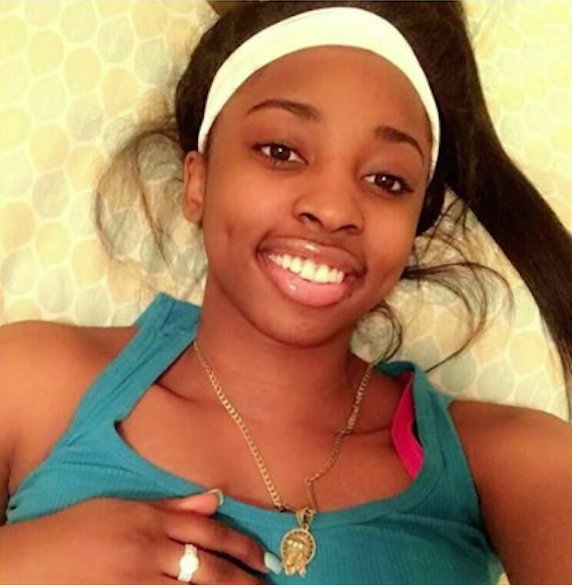 On 14 September 2017, I publicly confirmed that we had footage from the hotel that was of Kenneka in the lobby of the Crowne Plaza Hotel.  We were shown the footage on 12 September by a hotel employee,  who, not only showed the footage, but also, confirmed that there was a part missing.

Let’s rewind back to the first day we learned of Kenneka Jenkins death.  At that time, we had very little information readily available.   The Rosemont Village police department attempted to tell Kenneka’s mother, that,  “it was not a murder or anything like that” and it appeared like she accidentally walked into a freezer.

When we approached Rosemont PD,  we, were pretty much told similar. “It appears that she walked into  the freezer of the Crowne Plaza on accident”. At the time, ehum, that was all they would say when questioned by The Daily News.

Now, this is the important part. At the same time,  the same police department tried to publicly say and tell Kenneka’s mother that she was not seen on camera the first go-around. If Mrs Jenkins had not gone back to the hotel a second time demanding that the footage be looked at again they would have maintained that they didn’t see her and we wouldn’t of gotten this far.

Fast forward about 24 hours later.  A hotel worker tracked us down and offered up an interesting deal we later confirmed to be authentic. In exchange for their anonymity, they, would show us the video that proves something isn’t right.  In that video,  only half of Kenneka’s activities, are actually seen in the video itself.

Here’s what’s in the video.

Subsequently on 9/12,  we reported that 12 people were being investigated in connection “in some way” to the death of Kenneka

Sources told our reporters that police were “specifically looking at 12” but “had only come down to 8, they were still looking for the final four individuals of interest”.

This same information would later come out from multiple other sources.  But this is where Rosemont PD’s story gets dangerously confusing.  We previously reported of the `12 people of interest; they later came out and said such, but now they’ve (“allegedly shown the same surveillance footage to a man who has now proven to be a fraud and in no way was approved to see any of the footage by Kenneka’s mom”…).

When it became public knowledge (at least to some) that we had seen the footage, we, knew something wasn’t about to go right.    It wasn’t long until it would emerge of an apparent video from some dude from Youtube (who has now been found to be just as much a liar as Holmes)  citing the same information we already knew, except, he was never authorised to see it.

To prepare for the event, that’s why we’ve covered this from start to finish.  It is quite clear that there is something going on here.  There are two popular narratives going around here, the one we are keeping front-and-center, and the one the police and the city of Rosemont would like you to believe.

This part is purposely in stand-out-ish font to make you read it. We can’t think of any other way to get people to pay attention.

We cannot lose control of the narrative that is very clearly the one they don’t want people to know.   We now know people are coming out of the woodwork lying on Mrs Martin/Jenkins; trying to maintain that she walked into the freezer (but won’t release the entire security footage from A to B).

In the midst of this all, we, spoke to two hotel workers; a security guard,  and an eyewitness who almost entirely debunked the police in full.

Here’s our problem with the police.  We have already released footage of Kenneka not noticeably “stupid drunk” as it has been claimed. So let’s start there.   She suddenly appears in the hallway, opening doors trying to find something (or possibly flee something),  and ends up in the lobby.  They mention the same footage we’ve already seen (but make no mention of why the rest of the footage is missing). She can’t be silly drunk one minute, but then be dispelled the next as drunk (by video available on Youtube) and then suddenly drunk again to stumble into a freezer.

Despite his many claims otherwise which were captured on video.  In the video that emerged of Andrew Holmes on 9/14 he claimed (“that he was authorised to view the footage on behalf of the Jenkins/Martin family”.

A claim, that (see below), has now been determined to be entirely a lie.   A lie proven to be a lie by none other than Mrs Martin/Jenkins herself.

You can clearly see Mrs Martin/Jenkins discuss her daughter’s death and Holmes, who, she says has no viable connection to the family nor is he part of their operation to seek justice.  (Peep the part about he telling them that the hotel is losing money…).

Furthermore,   nobody’s quite sure how Holmes actually got access to the footage. It is very clear it wasn’t through the family.  Mrs Jenkins makes it very clear that there is no set time or schedule for any member of their family to view the footage.

Most importantly in this case, is, the fact that something is clearly being hidden.  Why won’t the police department share the footage?  Why are they now co-signing Andrew Holmes who has now been  proven to be a liar?  More importantly, what are they hiding from Mrs Martin.

Facts About Her Death

We’re not pointing fingers at anybody nor are we indicating anything particularly.  We are simply pointing out the number of extreme holes now in the story.

If you or someone you know has credible evidence related to this case continue to e-mail your tips and evidence to [email protected] Anonymity guaranteed. 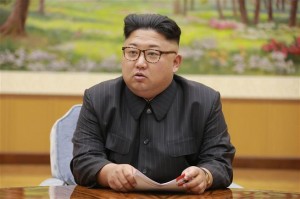 Previous post Did we underestimate North Korea’s nuclear test?
Next post A Baby approved guide to adorbs rompers and more

Last week, we published the transcript  of the phone call in which took place with an employee of the Crowne...

ROSEMONT -- Despite calls for the case to be handed over to the FBI over concerns that the Rosemont PD...

ROSEMONT --    You'll read just about everything about Kenneka Jenkins, but, you won't hear much about what the hotel...

It's the question on everybody's mind. Who owns the Crowne Plaza? Enter:  David Friedman, of F&F Realty based in Chicago...

The full video of the alleged footage Irene Roberts just tried to leak to  Fameolous has surfaced and we've got...

This is a transcript from our telephone conversation with a hotel worker from the Crowne Plaza Hotel who agreed to...