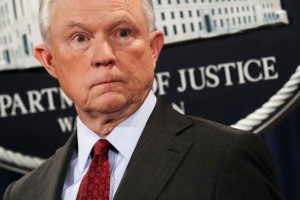 Permitting major discrimination against gay workers on a massive scale. According to Justice Department memos; Jeff Sessions, and one particular argument striking a negative chord.   Earlier this week,  the DOJ and Sessions’ claimed that a 1964 civil rights act does not protect against gay discrimination in the workplace, and, it should not be configured to do such.

Title VII of the 1964 Civil Rights Act forbids discrimination on grounds of age; sex,  gender, and the usual although doesn’t explicitly mention sexual orientation. For several decades, judges and courts had always seen this act as a matter of gender over anything else. Although in recent years,  officials who safeguard equal employment opportunities for people like the EEOC, have, perhaps, switched their positions on the matter.

Now, people largely see this act as means to protect people in the workplace regardless of who; what,  or how they live their lives.    Meanwhile, the Justice Department continues to argue in federal court documents that the Civil Rights Act does NOT protect gays and lesbians from discrimination — indicating that if they win a concrete argument in court — that  employers would be able to  on a wide scale deny employment to gay people indefinitely.