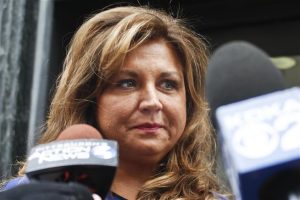 Ahead of her bankruptcy fraud trial, Dance Mom ‘s star Abby Lee Miller has reportedly quit t he show entirely.   Reports out Tuesday confirmed that Abby had walked out of her show  after she claimed “she was over being manipulated by men”.

What exactly she meant by that, er, nobody is quite clear.  What is clear, er, is that Miller is scheduled to go on trial for federal bankruptcy fraud charges in April.  According to court documents obtained by The Daily News,  Miller, apparently had acquired a hefty sum of money in Australian currency but failed to disclose it during her Chapter 11 filing a while back.