How SHK was accused of being a British spy, later, tortured at a government black site 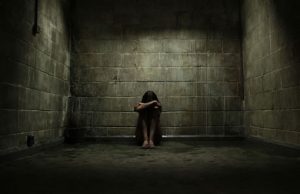 This release is in response to the frenzy of rumors that SHK was held at a government black site last year following a declaration that “he was an intelligence operative”. SHK, is nothing of the kind, but had been forcibly questioned for nearly 12 hours in connection to allegations that he is actually a British MI6 operative deeply embedded on American soil.

The allegations first surfaced after supposed screenshots of coded messages between SHK and another individual appeared on Reddit.com; Facebook, and a Tumblr blog.  The postings ignited discussion suggesting that the reason SHK has been able to handle so many pieces of classified information over the years filtered through this newspaper, was for that reason, “that he is an MI6 operative” secretly operating on American soil.

The interrogators pressed SHK over his  Intel on Vladamir Putin;  The NSA,  and whether or not SHK knew what “The Farm” was. SHK, in fact, is very aware of what “The Farm” is in Virginia.

The allegations got SHK stopped last year for the first time.  He was later taken to a government black site whereas he was forcibly questioned for 12 hours over his supposed connection to the British intelligence agency.  While no substantial evidence has ever been discovered to indicate that our SHK is in any way an MI6 operative.

While held at the government black site, SHK’s mobile phone; wallet, and the like were confiscated.  He was forced to undress, sitting in a barely lit room handcuffed to a table —  questioned over his alleged connection to MI6.  He was verbally assaulted; told that he would die in that black-site if he didn’t confess to being a foreign operative, a feat that he has never confessed to.

“We have the power and the ability to kill you here, right now, the world will never know.  You are a traitor to the Americans, a spy, a person of counter-foreign intelligence” they told him at the time.

What was perceived to be American intelligence officials, SHK, eventually was released from the black site but not before they told him that he would be watched. That “your every move is now our knowledge.  There isn’t a step you can make on U.S soil that intelligence officials won’t know about”.

These revelations come amid a further revelation that SHK was wrongfully placed on the terror watch list by the United States FBI.  The secrets SHK has kept from the public are that no more, and, will be published for the world to see.