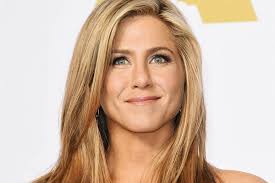 Has written a new editorial for the Huffington Post in response to the common notion that “women are required to have children and a husband”. Or, are they?   Over the past month or so, Aniston, has come under intense scrutiny amid reports that she and husband Justin are “attempting to have a family”.

“It has illuminated for me how much we define a woman’s value based on her marital and maternal status…(and) points to the perpetuation of this notion that women are somehow incomplete, unsuccessful, or unhappy if they’re not married with children,’ Aniston wrote.

She went on: ‘Yes, I may become a mother some day, and since I’m laying it all out there, if I ever do, I will be the first to let you know. But I’m not in pursuit of motherhood because I feel incomplete in some way.’

‘I resent being made to feel “less than” because my body is changing and/or I had a burger for lunch and was photographed from a weird angle and therefore deemed one of two things: “pregnant” or “fat.”’

‘The message that girls are not pretty unless they’re incredibly thin, that they’re not worthy of our attention unless they look like a supermodel or an actress on the cover of a magazine is something we’re all willingly buying into. This conditioning is something girls then carry into womanhood.’