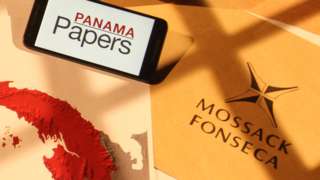 LONDON – If you’ve logged onto your favorite newspaper this morning, you’ve probably heard by now of the Panama Papers.  The papers, er, have now been cited as the biggest data leak to occur in modern mankind.

More than 11.5 million financial x legal records and counting have been leaked to journalists across the globe (we received a handful while writing this). The documents implicate world leaders; celebrities,  and the world’s remaining elite in one of the biggest money laundering schemes possibly to ever occur.

The scheme was reportedly shielded by law firm Mossack. Mossack was the target of a year long investigation by a group of elite journalists who unleashed millions of records hidden by the company, in an effort, to expose the rogue industry that shields the world’s most powerful people.

The Panama Papers implicate politicians alike including their families, essentially some of the world’s most powerful at that.   David Cameron; Russia’s Vladamir Putin,  and numerous others.

The paper’s took an interesting turn after reporters across the globe discovered that the families of said politicians, were, also targered in the data leak.   In lesser terms,  The Panama Papers revealed the elite world where corruption; rogue efforts, and kickbacks rule everyday life.

In total, some 143 politicians alone have been targeted in the unprecedented data leak.  After confirmation from the International Consortium of Investigative Journalists,  it, has now been confirmed that a 2bn money laundering scheme traces back to controversial Russian head of state Vladamir Putin.

—
The Who’s Who of The Panama Papers

The papers collectively revealed the use of tax havens going from Switzerland to the United Kingdom. UK officials have confirmed that they’re seeking information on the more than 100,000 British companies and foreign companies believed to be hiding assets in offshore accounts on British territory.

Mossack Fonseca is a Panamanian law firm that runs an international law firm, boasting hundreds of locations in regions across the globe.  The firm, represents the world’s elite in hiding their assets and essentially managing their wealth.  However, the firm doesn’t generally communicate with the mega wealthy — but rather through third parties; lawyers, or middlemen.

Fonsecka has viciously defended its conduct citing that they’ve done nothing wrong, however, the Panama Papers did reveal one concrete fact: the general extent and the scope of how the world’s elite are able to live in a rogue taxless world most have never heard of.

How much was compromised?

According to the International Consortium  of Investigatice Journalists, entirely, the leak included more than 2.3 terabytes of leaked data from Mossack Fonseca.

Will there be criminal charges?

As of this writing,  no criminal charges have been accounted for. However, the United Kingdom has taken tbe lead in launching potentially criminal inquiries into the some 100,000 companies who topped the list on the Panama Papers.

This report on the recently leaked Panama Papers was written by Mohammed SHK. He can be contacted at [email protected]