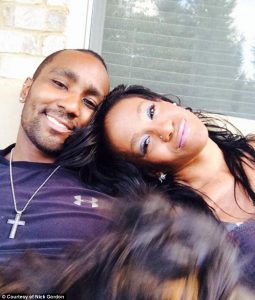 In his first rare interview since the death of would-be-wife Bobbi Kristina Brown,  Nick Gordon, has spoken of the final hours in which he saw Brown alive.  Brown, was famously found upside down in a bath tub shockingly similar to the way her legendary mother passed away.

In an interview with the Mail Online, Gordon, went into serious detail about the final hours of the heiress’s life.

‘I blame myself for not getting to Krissy quick enough that day.

‘I can’t blame myself for another addict’s addiction but I feel like I failed her. She didn’t make it. I wish she got help.

‘I wish she got my spot [in rehab]. I did not protect her the way that I was supposed to – even if it was from herself.’

Gordon had notoriously entered rehab last year following a staged intervention by Dr. Phil McGraw, some of which, appears to have helped the young gentlemen.  Brown, was just 26, when she was declared dead in July 2015 something that sent shock waves through the entertainment world.