Lawmakers in the U.S have reached a deal on the stimulus bill, here’s what you need to know

Lawmakers in the U.S have reached a deal on the stimulus bill, here’s what you need to know

You might need to read this because truthfully it seems like the stimulus bill is actually meant to better benefit big business rather than the average American. Shortly after 1am last night, Washington officials on both sides of the aisle confirmed that an agreement had been made to pass relief for the country.

But: Let’s be clear Americans are only getting a single one-time $1,200 check. Meanwhile, billions will go to big business among other things.

Clearly: This was moreso an attempt by House Democrats to stifle Trump and others from getting investments and monies from the stimulus bill because of pieces of the legislation literally layout that said parties are barred from receiving any money.

It is expected to formally pass the Senate, however, the House is actually currently out of session. 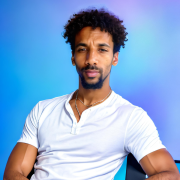