Former CNN anchor Chris Cuomo is out of a job at least temporarily. According to CNN, the network has completed parts of their so-called ‘thorough review’ and has decided to suspend the outspoken and apparently dishonest news TV anchor.

Variety appears to have gotten their hands on a statement from the network confirming the move which means they no longer have their most-watched anchor.

“The New York Attorney General’s office released transcripts and exhibits Monday that shed new light on Chris Cuomo’s involvement in his brother’s defense. The documents, which we were not privy to before their public release, raise serious questions. When Chris admitted to us that he had offered advice to his brother’s staff, he broke our rules and we acknowledged that publicly. But we also appreciated the unique position he was in and understood his need to put family first and job second,” CNN said in a statement Tuesday evening. “However, these documents point to a greater level of involvement in his brother’s efforts than we previously knew. As a result, we have suspended Chris indefinitely, pending further evaluation.” 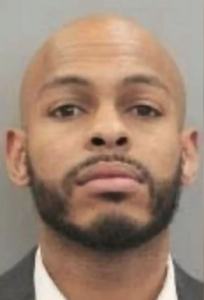 Previous post Another PPP Loan fraudster has learned their fate
Next post Liar Liar: Alice Sebold waited days to apologise but she has since apologised for ruining a Black man’s life