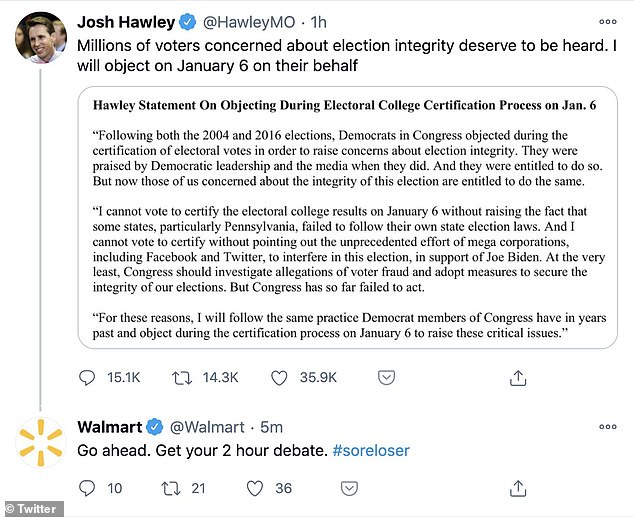 Wal-Mart ‘s social media team rightfully needs a raise considering at least somebody at Wal-Mart has the balls to carry out confrontation with the GOP. In a tweet storm that was ignited on Wednesday, the Arkansas based retailer rightfully referred to Josh Hawley as a sore loser. Hawley, is the sole Republican right now guaranteeing that he will object to the Electoral College certification next week.

The comments came amid reports that Hawley intends to vote against the certification of election results in January. A move that is based entirely on baseless allegations of voter fraud only because Donald Trump lost.