Because everybody knows when it comes to the Trump Administration there is a mantra here that tends to stick. According to Vox, Pompeo took to the airwaves and the media on Tuesday to declare yet another justification for the killing of General Qassem.

Initially, it was widely reported that Pompeo was claiming to the media in a PR damage control campaign that the attacks were in response to “imminent” threats. Although now that story has changed throwing a wrench into the legality of the assassination and whether or not it may amount to a war crime.

Shortly after the killing of Maj. General Qassem Soleimani, the U.S Department of Defense released the following initial statement in defence of the sudden murder.

“General Soleimani was actively developing plans to attack American diplomats and service members in Iraq and throughout the region,” the statement said. “This strike was aimed at deterring future Iranian attack plans.”

“We know what happened at the end of last year in December, ultimately leading to the death of an American,” Pompeo said. “So, if you are looking for imminence, look no further than the days that led up to the strike that was taken against Soleimani.”

Loves coffee; cute animals, and the world around us. I serve as the Editor-in-Chief and the President of the companies in which own Bazaar Daily News. Follow me on Twitter @HaleemKhane for more amusing updates. *I do not discuss my own political views for obvious reasons*
https://www.bazaardaily.co.uk
See also  Eddie Murphy has sold Coming to America 2 to Amazon Studios: Report

Previous post Breaking News: Iran has attacked, an American led military base is under siege 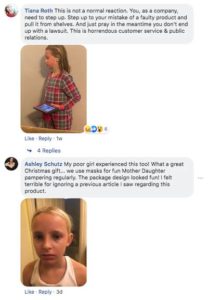