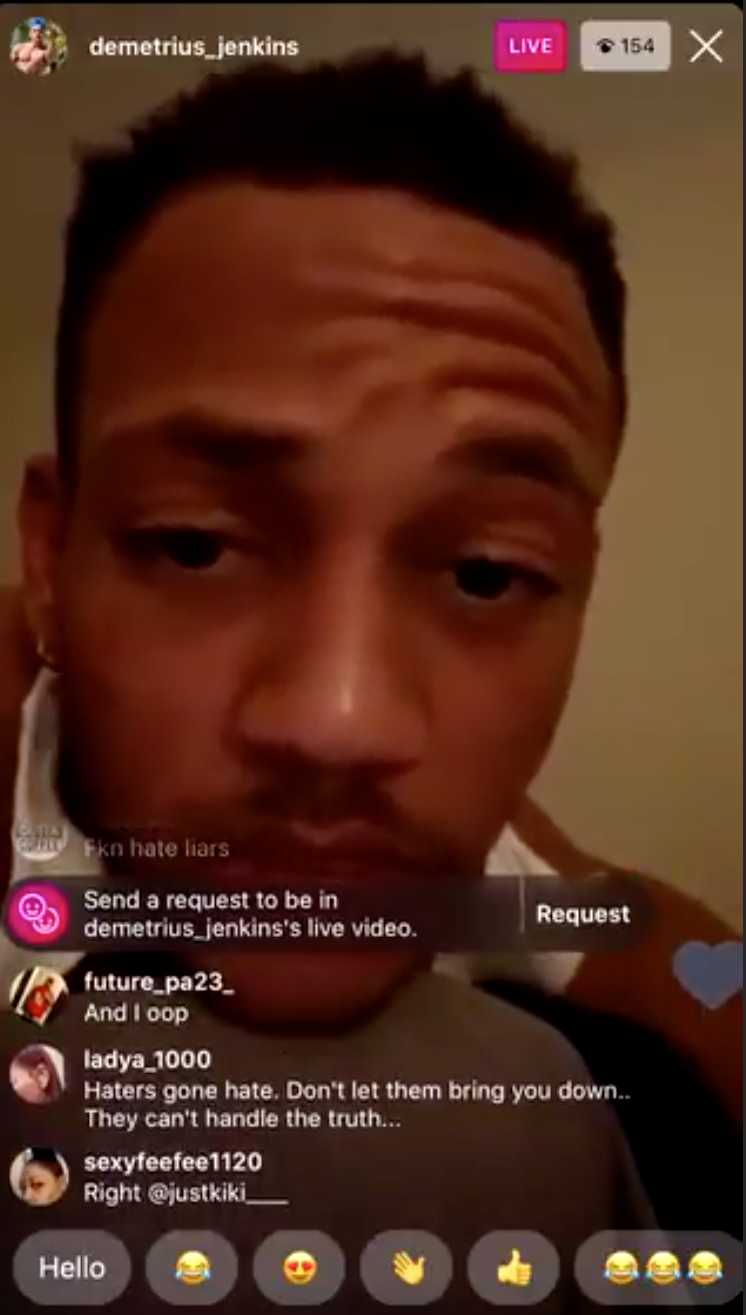 The Twitteratti strikes again. For those who couldn’t quite catch up as to why everybody was talking about Demetrius Jenkins — it appears we’ve found Instagram Live videos that sort of lay context to the story. Jenkins appears to be indirectly referencing Steven Beck — the man who appears to have initially leaked or possibly told others about Demetrius to begin with.