The Daily News has exclusively learned that CA Rep Katie Hill who became embroiled in a sex scandal with her subordinates is set to announce her resignation on Sunday.  Sources tell The Daily News that such comes after Hill was found to have on numerous occasions misused campaign funds; slept with two subordinates, and engaged in a throuple relationship.

Two high-level sources who spoke to us on the condition of anonymity told us that “Katie knows and has known for some time that she is in trouble. She doesn’t want to remain on and it damages what may be left of her political career.  She made some pretty big mistakes and isn’t sure how to pay for them. This ethics investigation has scared the shit out of her.”

Hill initially denied that she slept with the male subordinate identified as Mr Kelly who has been employed in the D.C office of her campaign for some time.    Both Kelly and Desjardins both received substantial amounts of money from Hill up until recently according to election records found online.

Hill ‘s office declined to confirm or deny the reports.

Editors update: On Sunday evening, Katie Hill confirmed on Twitter that she has resigned from Congress. 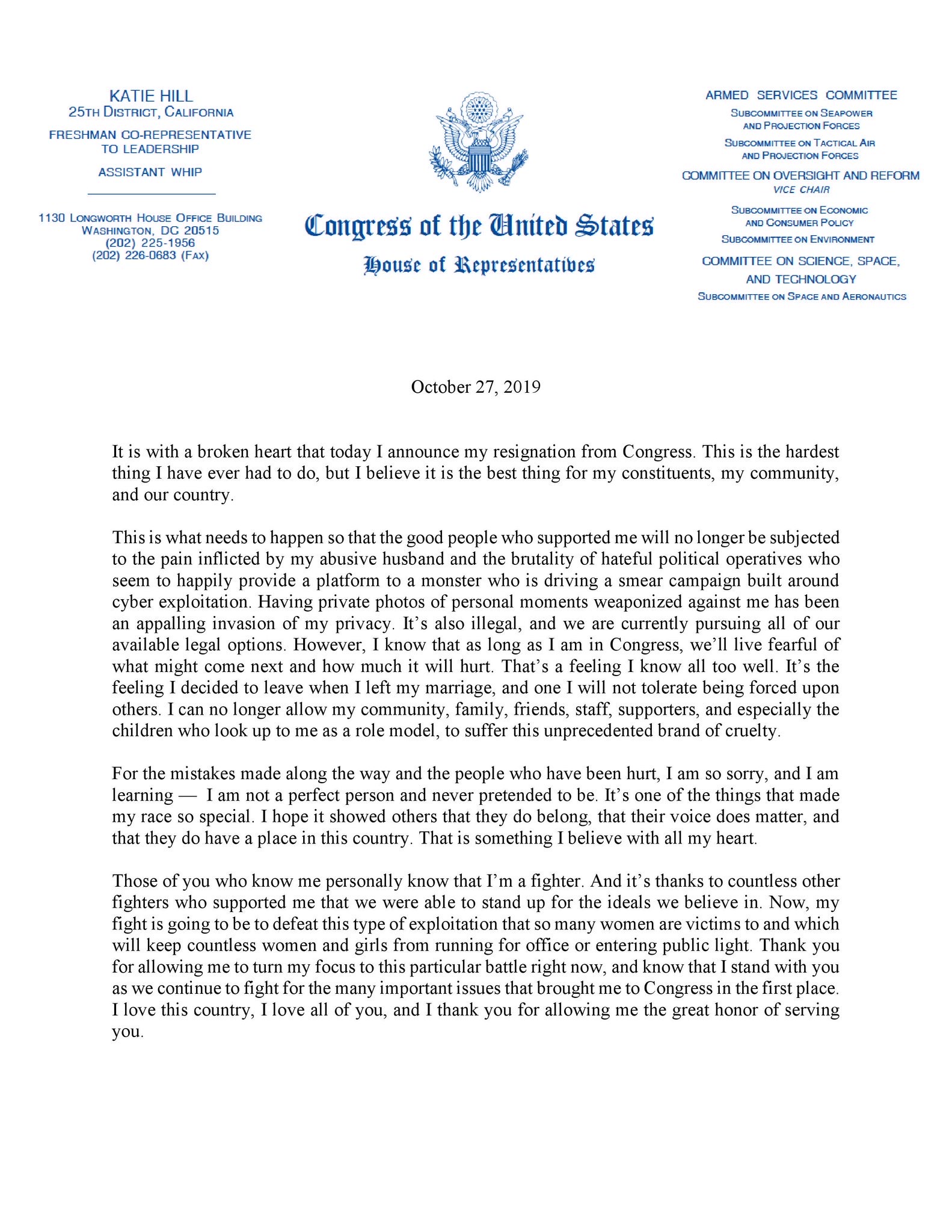