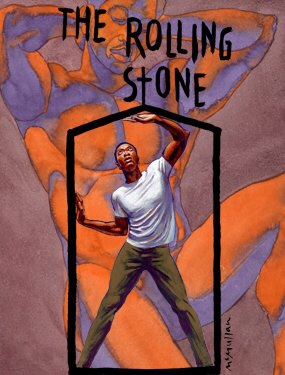 This play completely fucked me up.

Chris Urch’s The Rolling Stone is a play where once it begins picks up momentum and progressively rises the stakes.

Metaphorically, it is as if the director took the playwright text, dropped it from a steep slope, and the stone(text) builds, and builds, and builds until we get to an ending where we don’t know if the damage done is to clear a path or continue on its rampage.

I find that is what critics and viewers are missing this is not a start at point A arrive at point B type of play. There is still a whole people left today to either be the rolling stone or try to hide from being crushed.

Directed by Saheem Ali (Sugar In Our Wounds) this new family drama tells the story of a gay man in Uganda and his church pastor brother who clash over the sexuality he is forced to hide under the country’s extreme laws. Uganda’s Rolling Stone tabloid exposes individuals who are thought to be “kuchu” or queer and kills them.

Imagine that. Someone suspects you of being different and kills you for it. This play hits. From much chatter regarding the playwrights developing abilities, this play hits hard and fast! And for a third thing this play HITS!!!!

I have to say the performances of the entire cast shook me to the core. The connection to Authur Miller’s The Crucible is so very clear. The more classic of the two, Miller, accompanied by the contemporary issues of the Urch’s play left my heart pounding, my eyes wet, and my emotions on ten.

Actor Ato-Blankson-Wood continues to show just how versatile he is and I would defiantly say if you ever have the chance to see this young man perform, get several tickets.

The Rolling Stone made its world premiere at the Royale Exchange Theatre in England, where it won the Manchester Theatre Award for Best New Play and moved to London, where it won an Off-West End Award.

A cool fact about the play. Arnulfo Maldonado’s set design consisting of a mostly bare stage and a large abstract backdrop inspired, as we’re informed in an in-house magazine essay, by the works of Ghanaian sculptor El Anatsui.

Get your tickets here. 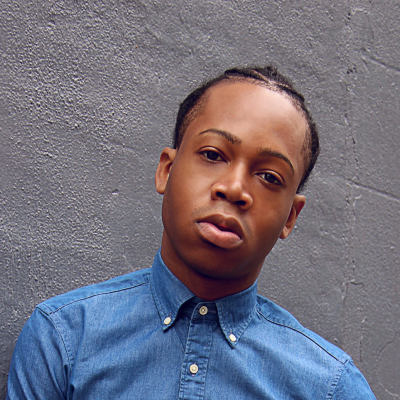 Previous post Anna Delvey back in the news: Reports 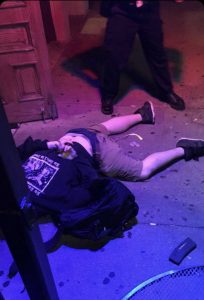 Which depending on which New Yorker you're asking could be considered a good thing. According to reports, former New York...