CATS the musical will always hold a special place in my heart. It is one of two events in my formative years that set me on the path to becoming an actor.

I am an immigrant.

When my family and I came to the United States of America we did not come with the intent to stay, and definitely not as long as we have. It was almost as if once we touched down in America we were not leaving until we accomplished something.

Being an immigrant then and especially now is incredibly challenging. I do not come from a family of money or prestige nor do we possess a golden ticket.

When my mom realized this was our reality she did what she had to. She got to work.

The first job I remember was her cleaning houses. One lady in particular I‘d never forget, Ms. Tina Ball. My mom bought me along with her to work because daycare and a babysitter were expensive or maybe it was the weekend, that part is foggy.

I do know I went with my mom to work. Ms. Ball when she saw me said, put the little one in that room there and put in this. Ms. Ball handed my mom a VHS tape and within the first 30 seconds I was enthralled by the magic of Andrew Loyd Webber.

I sat in from of the television set for all 120 minutes and once it was done I watched it again.

Circa April of 2017, I was able to meet Natasha Katz (Aida, The Coast of Utopia,An American in Paris, The Glass Menagerie) at Hunter College Wednesday at One program.

When I told her of why and how CATS impacted my life, she paused, placed a call and the one who started it all heard my story. I say thank you to my mom, Ms. Tina Ball, Andrew Loyd Webber, Natasha Katz and to the past and future Jellicle Cats for letting the memory live again.

CATS is a story based off

Over the course of a single night, a tribe of cats called the Jellicles make what is known as “the Jellicle choice” and decide which cat will ascend to the Heaviside Layer and come back to a new life.

and executive produced by Steven Spielberg.

Cats is scheduled for release on December 20, 2019, by Universal Pictures. 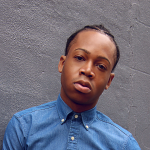