The second half to this investigation is new as of today.  A closer look at leadership and those that help oversee Cristo Rey Newark High School revealed decades worth of sexual abuse. [Link]

NEWARK, New Jersey — The Daily News has obtained a number of damning pieces of evidence in the reported case against a Roman Catholic private school in Newark. On Saturday, anonymous sources sent a file containing a lawsuit docket naming the Cristo Rey Newark High School as the defendant reportedly in a case surrounding the claim that the school’s principal is a serial predator.

The following image you are about to see is a letter from a student (we’ve redacted their name) detailing the harassment and inappropriate behavior at the hands of Gregory.

Warning: This student’s statement might be triggering to some. 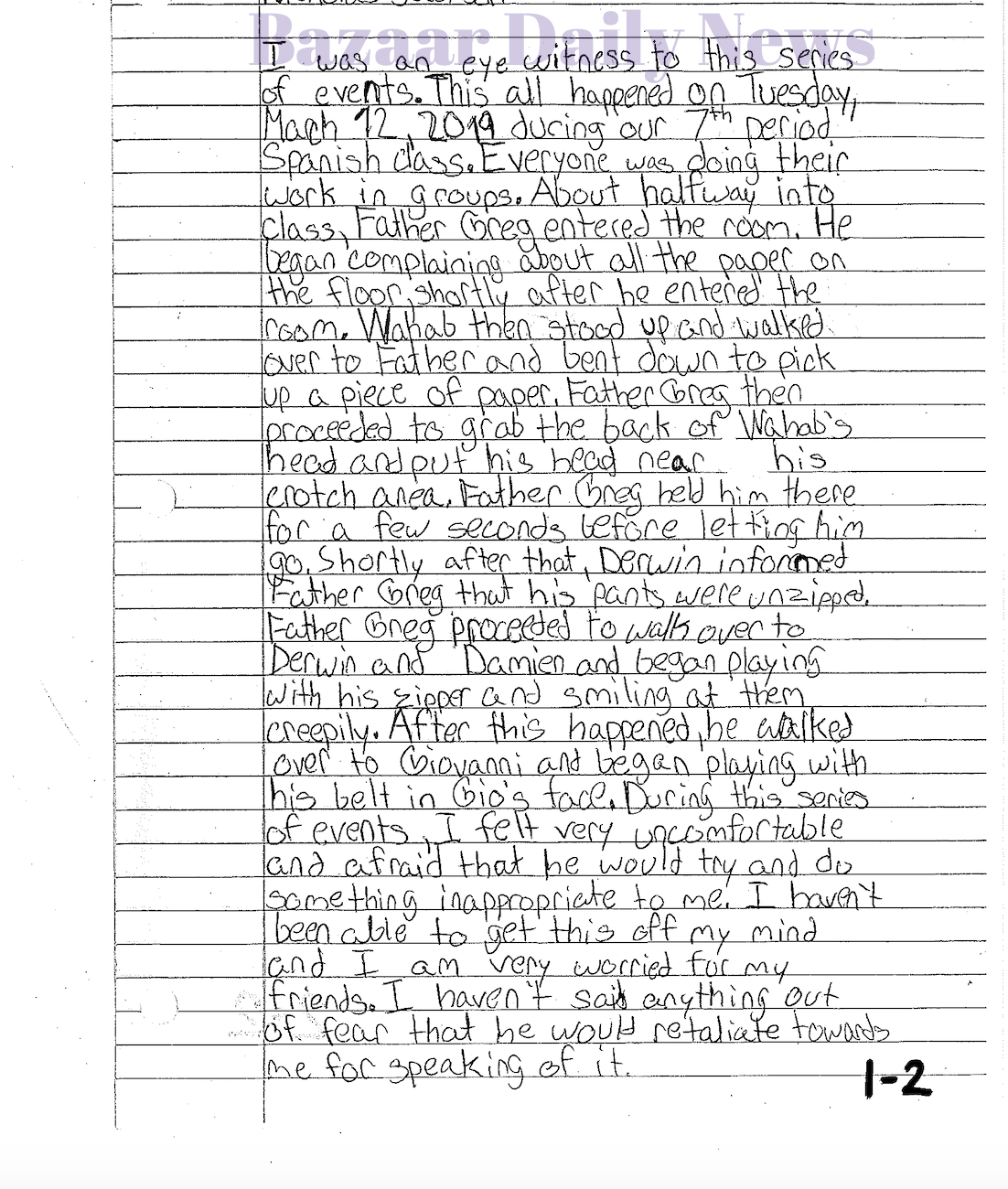 I am legally obligated to disclose that this article contains footage from inside Cristo Rey Newark High School, and contains a written note from one of the students involved. *Editors note*

Documents obtained show that the man has been identified as Gregory “Father” Gebbia has been accused of racial discrimination; sexual assault, sexual harassment, and unwanted advances. The allegations reportedly come from both students and faculty at Cristo Rey.

The following footage has been exclusively obtained by The Daily News. The footage you’re about to see is from the class containing students who note that Gebbia knowingly made advances towards some of them. This is their story.

Gebbia was first appointed principal in 2009, according to this link. The announcement from the school makes no mention of his personal life; personal record, or anything of the kind.

Numerous students can be heard in the background, specifically one appears to openly discuss the sexual harassment at the hands of Gregory Gebbia.

The Daily News has managed to perform data searches on Gregory Gibbia.  The following information was obtained through public records and the like.   We discovered that Gebbia’s very much present on social media, and is openly listed as the principal of the school.

The school’s website confirmed that Gebbia is indeed the principal.

This page is to be updated as we continue to learn more and seek comment from the school. As of this writing, Gebbia is still employed by the school.

NEW: Two more students have come forth with their own accounts and written statements regarding Gregory Gebbia.   These statements  were provided to us willingly by the parties involved.

READ  Rapper Lil Nas X confirms that he is gay