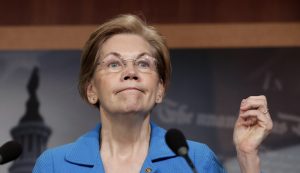 Supposed, perhaps, because they show so minuscule connections to actual native DNA  that people have widely mocked the results online.  For years, Massachusetts Senator Elizabeth Warrn has “collectively claimed to be Native American”.

A claim, uh, that has garnered just about as much controversy as she has during her own political gamble in American  politics.   Donald Trump, perhaps, famously dubbed her “Pocahontas” after her original claim of her Native American  ancestry. But, what Warren doesn’t account for, is that Native ancestry doesn’t simply equate to having traceable forms of DNA..

But rather connections to communities; native bonds, families, and those who make the lives of others across Native American tribes and lands across the United States and beyond.  Trump, notoriously and quickly pounced on the results (see here) which show that her DNA has about 1/1024th trace of any form of native DNA at all.

Despite such, Warren has maintained that she has Native American ancestry, and, is attempting to force Donald Trump to pay-up on a year or so old promise about a DNA test and a reported $1M gamble.   During the elections,  Trump, famously dared Warren to take an ancestry test (and if it showed native results, substantially) that he would donate $1M to a charity of her choice.

But, we’re guessing based on the limited presence of native DNA, that Trump isn’t trying to pony up that kind of cash.  Meanwhile, the outspoken American head of state took to Twitter reviving his moniker of the Senator further reviving claims that she doesn’t belong in politics.