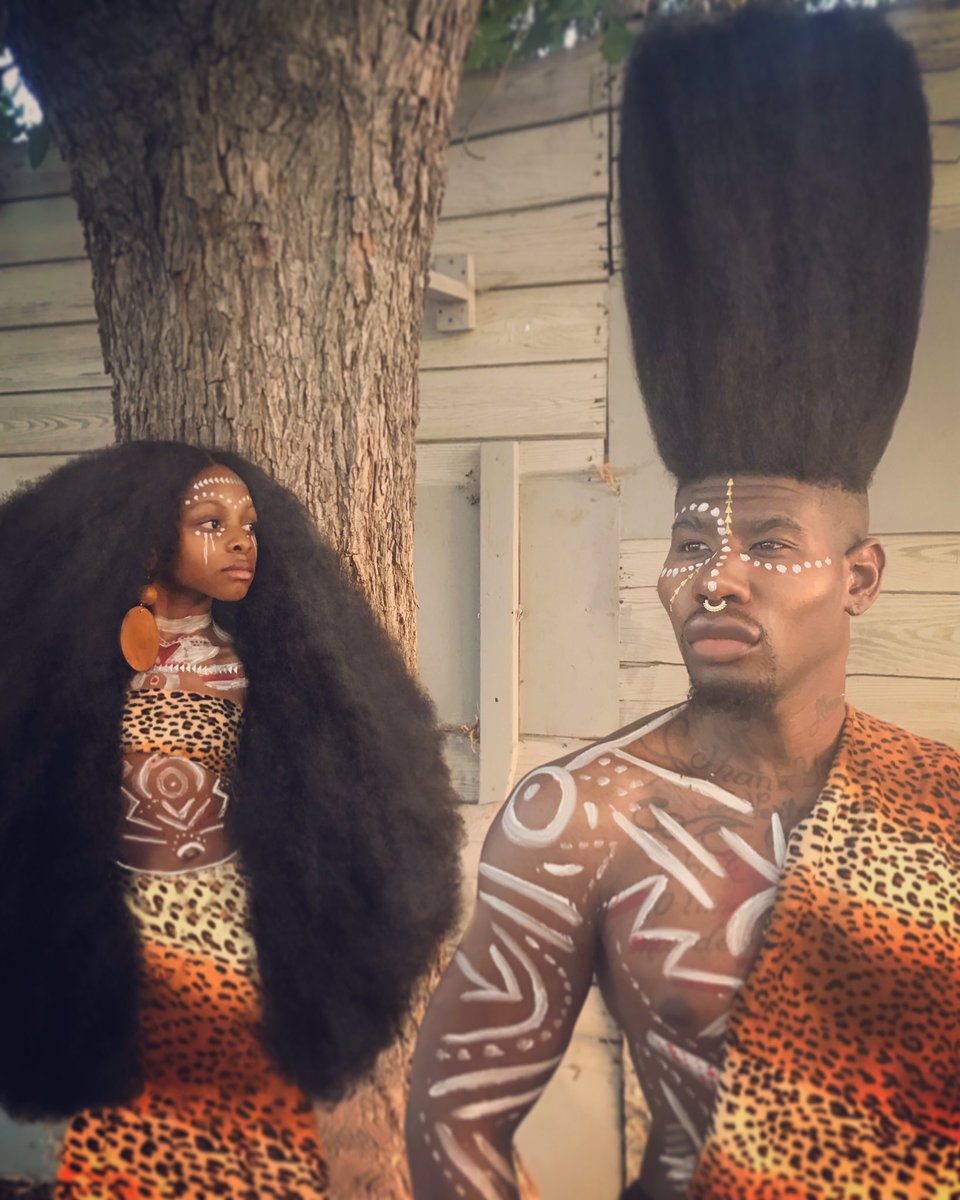 It’s by the grace of all things shady, you’ve probably heard of Natural Hair aficionado  Benny Harlem. Harlem,  uh is known for his “wildly impressive” Afro (which he also gained popularity online with his daughter for the same reason). But,  since September, rumours have been rampant that Harlem is actually indeed a fraud and his hair isn’t actually natural at all.

It’s worth noting that in popular response to reports of the scam, Harlem, claimed that he indeed does “travel to Africa” to make and produce his products.   In fact, we’ve managed to find his apparent statement claiming just that. [Warning: It appears he has lie-abetes].

I was bitten by a Viper snake while in Ethiopia farming and acquiring ingredients for the Green Veggie Hair Kits. There was no more anti-venom medication available at the facility I was transported to and I was told the bite was non-venomous. I was shocked to find out I was very close to not making it when I returned to the US a few days ago, deadly venom was actually very present in my system. I was in the middle of doing an interview/photoshoot with @cassiuslife when my face started to swell.

My eyes started to slowly swell shut… My face and neck started to expand and swell … It felt like thousands of fire ants clawing and crawling up and down my throat… I could barely think, let alone speak. I tried to tough it out to avoid scaring anyone.. by the time I got to the emergency room my lungs started to swell and shut down rapidly .. I’ve been in the hospital every since… All praise is due to the highest..

[Statement from Benny Harlem on Instagram and various other social media handles].

According to multiple reports, Harlem actually uses hair enhancers; kits, and particular products that allow his hair to look the way it does.  We’ve also managed to capture a current picture of the supposed Hair King.  The Daily News learned of the supposed fraud, uh, through another website that opted to remain anonymous out of fear of retaliation from Harlem.

The Following Image Is Definitely Worth Seeing…

TEA ALERT:   Multiple websites appear to have uncovered that Benny Harlem actually shops at Kroger stores in California, where, he is known to pick up his products and swap the labels on them instead of being truthful.

Here is a popular video online we’ve managed to discover on YouTube, that, goes into breath depth of the scam being perpetrated by Harlem.

Published in Celebrity and Your take?