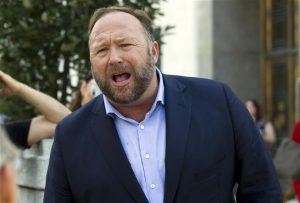 Days after Paypal blocked Alex Jones  from using its payment processing platform, it, appears that Alex Jones is retaliating in court.  In court documents obtained by the Associated Press,  Jones argues that “Paypal  clearly discriminates against conservative entities”.

But, as we all know, Jones is among some of the most notorious conspiracy-peddling personalities in American culture today.

“It is at this point well known that large tech companies, located primarily in Silicon Valley, are discriminating against politically conservative entities and individuals, including banning them from social media platforms such as Twitter, based solely on their political and ideological viewpoints,”  reads part of a complaint, which, has now been posted on the internet.

Jones further argues that Paypal’s ban sets a ‘dangerous precedent” for conservative viewpoints, considering,   Paypal pretty much dominates the payment industry online. Meanwhile, it is worth noting, that Jones is facing numerous  libel and fraud lawsuits himself.