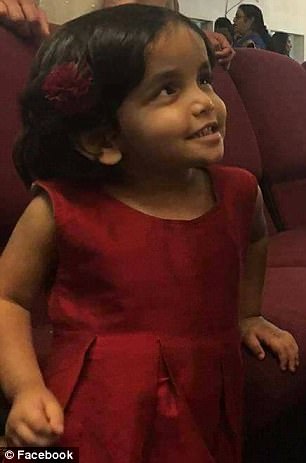 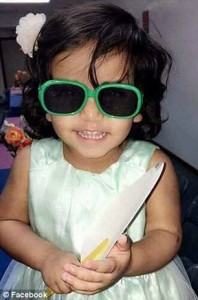 DALLAS, TEXAS —   This morning, The Daily News, has been afforded even more information in the death of  Sherin Mathews — who was notoriously forced outside of her home at 3am on 7 October after she refused more milk during dinner.   Initially, she went missing shortly after 3:30 am that morning, and now, she has turned up dead as we reported last night.

For the first time, we’ve now discovered possibly just how Mathews died.   Images that surfaced in our newsroom have painted a grim picture for the toddlers final moments.

Police confirmed to The Daily News this morning via telephone calls that Mathews was found in a culvert about 1 mile from her home frequented by not only people but also dangerous animals.    Out of respect for the child,  we have opted not to disclose how she was found.

Police noted that their suspicions in the entire situation grew when they weren’t actually originally called to the location in which she was last seen until at least 5 hours after she disappeared. (Note: Her father Wesley Mathews, discovered she was missing 15 minutes after she was forced outside).

In their two-week search,  dogs were used in at least a 1o-mile radius of the  family’s home. Interestingly,   police reports obtained by The Daily News note that Wesley Mathews proceeded to do laundry while she disappeared.  His wife, who has not yet been identified, was never woken up when he realized she was gone.  Again, it took him a full five hours to report this to police and inform his wife.

Sherin, was 3, and for reasons that still remain unclear even though she had  impairments she was forced outside alone in the cold by her father.    The Daily News has been asked by the police not to disclose any details about how the baby was found, while,  an investigation is underway to determine if this indeed was a murder.