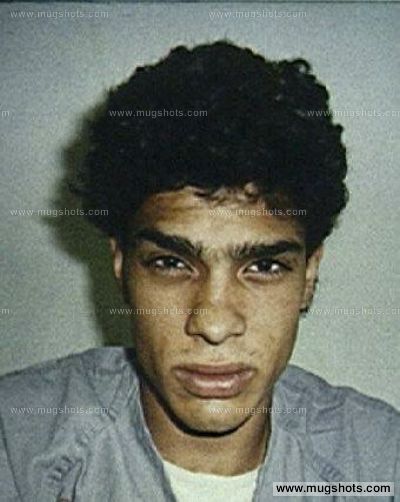 This is a Daily News special report ordered by Sultan Khane amid rumors that homicide detectives are reopening the investigation into Copsey’s disappearance and perceived murder.  While Khane has refused to speak to authorities, he, has authorised the continued release of information to the public.

One would imagine a trip to the Puyallup Fair would be an innocent adventure;  maybe even meet a cute boy, hang out with your girlfriend, and have fun. But, for Misty Copsey, it would become the last night she was ever seen again. A night, that, would later be tied right back to a man SHK himself calls uncle: Rhueban Schmidt.

For most of his childhood, SHK, wasn’t allowed around Rhueban because of his past as both a sexual predator and his association with a man named Elson. Elson,  wasn’t actually SHK ‘s grandfather as he was led to believe — but rather — his biological father.   Elson was arrested; charged, and convicted of 2 and 3rd degree rape of a child around the same time Misty Copsey disappeared from the Puyallup Fair.  A feat that hasn’t quite been discussed before.  He was arrested again in 1992 for failure to register as a sex-offender, and again that same year, exactly 27 days to the day in which Misty Copsey disappeared.

The Yellow Cordoba was both previously owned by Elson Narvaez and then Rhueban Schmidt.  It is currently in the possession of a private owner that we will not identify.  It didn’t take long for SHK to find the Cordoba (or, better yet, what’s left of it).

Elson is currently living in Wisconsin under an assumed name.  He denies ever having met Rhueban or any connection to Rhueban’s family.

Originally, it was thought that Elson raped a woman that was thought to be SHK ‘s mother.  Although, that woman’s claims would later come out to be false.  The identity of the woman  Narvaez was charged with raping has never been publicly released.  But we’re bringing it to light now, because,  we’ve learned of the association between Schmidt and Narvaez at the exact same time Misty disappeared.  The same association that helped Rhueban kidnap Misty, and then, dispose of her remains near the farm belonging to SHK ‘s 2nd grandmother.

After exposing the identity of SHK as Rhueban ‘s nephew, we,  were forced to protect SHK at all costs.   We received death threats;    threats of harm against his family,  and specifically threats against those closing in on what we were never supposed to know: the location of Misty Copsey ‘s remains.

During 1992, Rhueban and Elson held a close knit relationship  that would result in Rhueban being practically exiled from his family.   This was because Elson helped produce a half  breed child who would never be the same as Rhueban or his family:   he was Mexican-American and Puerto Rican (this plays an important part in Elson’s role in Misty’s disappearance).

Elson would go on to make every effort to make others believe that he was not responsible for producing SHK, and in return, he did such by assisting Rhueban with the deeds of a white woman.

That same year, would be the first time that Rhueban made his debut with Misty.  He made it very clear to his mother Olia that he would continue to see Misty, despite, being told that if he was to ever see her again “that we would make sure it’s the last thing you do”.  A big problem with Misty and Rhueban’s relationship (in his family) was the fact that Rhueban was not white but rather a mixed man, Misty, was indeed white.  This was the originating source of much of the hatred for Misty in Rhueban’s family.

Olia and Amy two manipulative women who would later go on to control an entire generation of their family, would, later see to it that Rhueban never saw her again.   Rhueban would later move into an apartment of his own with two roommates, two people, who were the last ones to see him before he would disappear into the night.

It’was the night Rhueban said he never had gas to have did anything that night, the night, that he lied through his teeth.  His own sister turned on him when confronted by The Daily News, a sister, that we’ve agreed to shield from the public in exchange for her information.

That night Rhueban was at home with his roommates; already intoxicated, wondering what to do with the evening.  Calls  came in from Misty, who, despite wishes from her family continued to see Rhueban despite the fact they’d hope she had stopped.   Misty would soon run off to the fair with her friend, who, before she knew it would find Misty vanished in the parking lot of the fair.

But only after she made a particularly incriminating phone call to her mother.  That night,  Misty, called her mother to inform her that Rhueban would give them a ride home.  Misty’s mother wasn’t having it, but, it  had already happened before she could do anything about it.

Part 2 of the expose on SHK ‘s father and Rhueban Schmidt is due out Saturday.