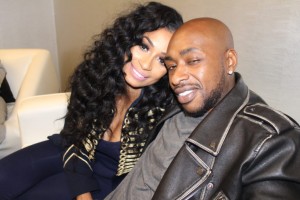 And that’s coming from, uhm, Caesar.  In a new interview by Vh1 posted this morning,  Caesar, sat down with the network itself explaining his relationship with Karlie, who he says, is a liar. A flat out liar.

Here’s our  top picks from the interview….

“She came over my house, talking about “Tommie, Tommie, Tommie.” It was like a whole situation I just got put in the middle of, because Sky and Tommie is wild cool, so when we came down here, we talked to Karlie about the whole situation. Karlie [didn’t] had no problems with Tommie. [But] when Sky and Tommie had went to Kandi’s birthday party, it all erupted. Sky shows up with Tommie [and] Karlie felt some type of way. It was just a whole messy little situation.”

“Karlie was there. Karlie was acting funny to [Sky]. [Sky] approached her like “Hey, wassup girl?” ‘Cause [Karlie] was just at my house. That’s the funny s–t. That’s why its so funny cause the way she was acting it was like you don’t know Sky, so [she was] like “Yo, whatup sis?” [Karlie’s] like “Heyyyy who you came here with?” [Sky’s] like “Tommie,” and then she must’ve said something to Sky like “bad move” or something like that and they got into it so from then it’s just been you know been a whole little riff.”

When Karlie appeared on The Ed Lova Show, she stated that she and Ceaser were practicing celibacy, but Ceaser is now claiming that Karlie lied:

READ  Donald Trump: If I get impeached, blame my supporters

So how we celibate? In the car driving there. So, put it like this: that celibacy was a f—ing joke. Karlie Redd celibate. My ass.”

H/t to Pop Glitz for excerpts.