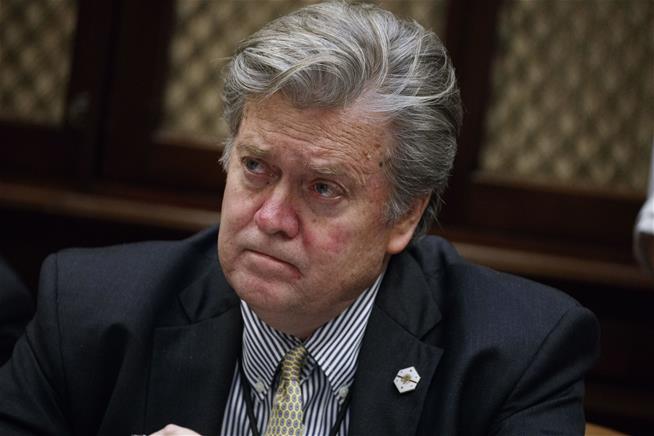 Reports surfaced earlier this week that Steve Bannon wanted to ‘quit’ if he was actually removed from the NSC (which he was).   The report was later denied by people close to the former NSC member and now we’ve learned a bit more into the situation.

WH staffers close to the situation and the President exclusively tell The Daily News that “Bannon has a very strict and consistent point of view that aligned with the deadliest of ideas possible. He has this sort of alt-right mantra that would antagonize the most treacherous of ideas to come from the President.  He was removed ultimately because people felt his alt-right association and extreme views were a bad influence for the President, and, should not influence national security decisions in the Situation Room”.

Initially, it was not known why  Bannon wanted to walk away entirely if he was removed.  Both staffers who confirmed further details on Bannon’s NSC departure also explained this to The Daily News.

“Bannon felt like he was a power player in a WH administration going through power struggles of its own.  In the Situation Room people with lots of money and far too much time on their hands were making decisions they had no business doing. Among them (Bannon), who, felt like Trump needed a more alt-right style approach to terrorism and issues that were  close to home.  Bannon doesn’t believe that immigration should be allowed for foreign nationals or people who don’t align with the alt-right movement and that was a problem for the more liberal members of Trump ‘s cabinet”.

It was later revealed that the one person who convinced Bannon not to “quit”  is none other than billionaire heiress Rebekah Mercer who is considered to be one of the biggest GOP donors in political history.  Mercer, reportedly convinced Bannon “not t o quit” because there “is an agenda here and this is a long term play”. 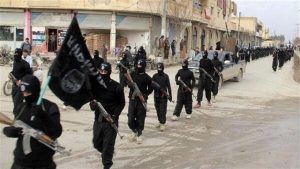 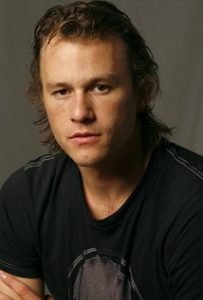 Next post Heath Ledger is back in new film

Loan borrowers in America beware: Betsy DeVos and Co are coming for you whether you like it or not.  According...

Drone footage obtained by The Daily News shows the damage done to the Syrian airbase by Trump 's Thursday strikes...

During UN meetings in Syria, Russia, has come out on the offense against Donald Trump and his attacks on Syria....

The Steve Bannon - Jared Kushner debacle in the WH is one for the history books. Bannon, an alt-right nationalist...

PALM BEACH, FLORIDA --  Xi JinPing is in America for his first meeting with dictator Donald Trump, and the two,...