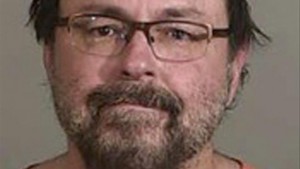 Tad Cummins had one of many days in court Monday, and now, we’ve learned a bit more into the mentality of the notorious kidnapper.  According to court documents obtained by The Daily News, Cummins, wanted to flee to Mexico with Elizabeth Thomas.  Cummins,  had apparently planned to flee to Mexico after “6 weeks on the run and several hotels rooms across the country”.

Court docs show that Cummin ‘s had a master plan to impregnate the young girl and “indefinitely move to Mexico” because he was “vehemently obsessed with her from the moment he met her” according to the prosecuting documents.  Cummins, er, has subsequently agreed to be returned to Tennessee to be federally charged with abducting  Thomas.

(“Interestingly”)  in the documents it was also revealed that Cummin ‘s had apparently claimed to authorities that he had actually left his wife long before the abduction.