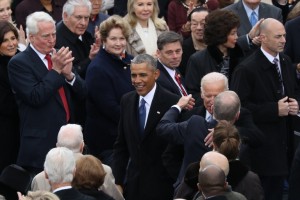 The long awaited return of Barack Obama, is, officially here.  According to The New York Times,  Obama, is set to return to politics on Monday with an anticipated speech in Chicago. The speech kicks off a string of paid speeches and gigs across the country, as Obama, hopes to drum up a career post presidency.

His underhanded silence on inauguration will come to a quick end over the next four weeks, as, his supporters in the United States desperately hope for the former US leader to come directly at Donald Trump over the asinine comments he’s made recently.

But that likely won’t happen. The Times notes that friends of Obama have noted that “he believes there is only one President at a time”.