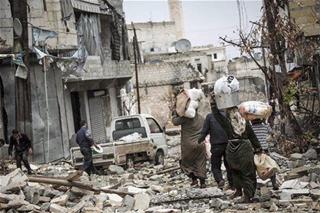 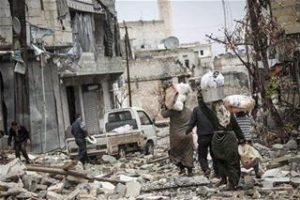 ALEPPO, SYRIA —  It has been confirmed that nearly 100 innocent civilians in the eastern city of Aleppo have died today after the Syrian government opened what has amounted to “horrifying war crimes” against its people early this morning.  Syrian forces reportedly raided hundreds of homes in Aleppo killing nearly everything and everybody in sight.

UN officials say that the city could fall back into the hands of Syrian forces entirely within days, if not, in a matter of hours.    As of this morning, popular secret sharing apps like Whisper have been flooded  with final good byes from Syrians whom are in the line of Bashar Al-Assad ‘s deadly bloodbath in Syria.  One mom wrote “Nobody’s here to save us, we’re going to die”.

One photographer wrote “I’m waiting to die or be captured by Assad’s deadly regime”.

NOTE: In the midst of writing this report, we were made aware by the United Nations that apparent negotiations to evacuate as many Syrians as possible remains underway.  It is unclear as to whether or not Bashar Al-Assad will allow  such to happen.

Surprise
%
See also  Gucci Mane has been released from prison 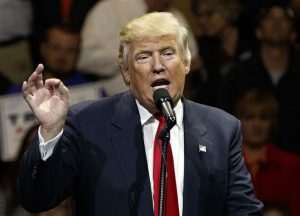 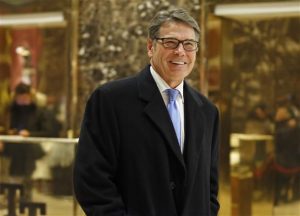