As they say what you put into the internet, er, never goes away. And in the case of Hillary Clinton she’s learning that the hard way. Over the weekend, the FBI announced that they are now reopening the investigation into Clinton’s email servers after even more emails were reportedly uncovered.

The Daily News previously reported on three separate occasions of newly discovered emails surfacing in the problematic Clinton scandal. Now,  FBI officials are seeking a reported warrant for a computer belonging to disgraced congressman Anthony Weiner — a device that is now believed to have contained thousands of previously unseen Clinton emails.

The revelations are sure to harm Clinton’s almost expected win to the White House, although, nobodys quite sure of how the outcome of the renewed investigation will harm the election set to take plane in 10 days. 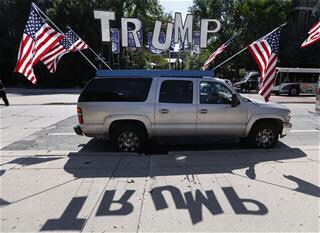