If you believe what you saw on CBS over the weekend, then er,  the world finally knows who killed JonBenet Ramsey.  In the documentary,   a CBS panel reportedly concluded that Burkey Ramsey “hit his sister in a fit of rage with a flashlight that ended in her death after she took a piece of his pineapple without asking”.

“If you really, really use your free time to think about this case, you cannot come to a different conclusion,” pathologist Dr. Werner Spitz, a member of the panel, tells CBS Local. “It’s the boy who did it.”

The news and the revelation that Burke was responsible for the death of his sister, perhaps, has ignited criticism; outrage, and questions as to the truth. Burke himself, per previous reports published by The Daily News, has filed a libel lawsuit against CBS over claims that “its all a lie”. Meanwhile, he maintains his innocence. 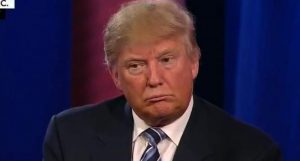 Next post Will Wells Fargo survive its horrific financial scandal?