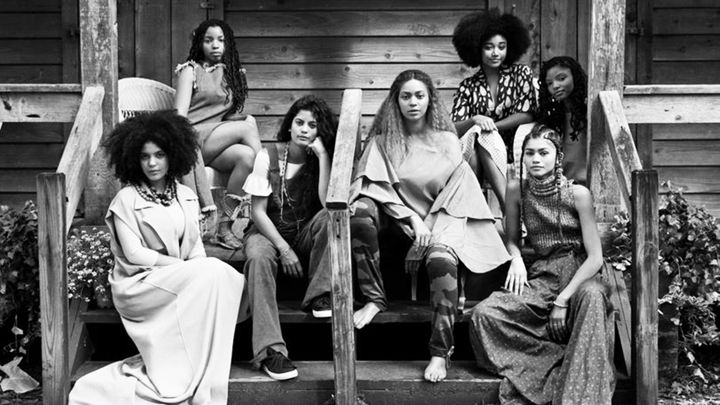 How Beyonce’s #Lemonade furthered a conversation about being Black

Mohammed SHK is the founder of The Daily News, and its Editor & Chief.

Beyonce’s Lemonade is a hot discussion, and, whether you’re a fan or not — it’s hard to deny that  Beyonce’s latest history-defying visual album was nonetheless an intriguing one.    As an African-American woman, Beyonce’s longstanding regionalism among southern traditions and nationalism is pure; obvious, and present even after all these years Beyonce has been present in the music world.

While, I am no Beyonce fan (minus maybe two songs),  Beyonce’s Lemonade album is indefinitely something Black people can and should use as a definitive stepping stool (better yet, a learning tool) to understand what it means to be a person of colour in power; in marriage, and in life.  In the album, Beyonce explores of all those topics — and more.    “Sorry” explores numerous things (and no, not Becky).

Perhaps, “Sorry” was the most intricate of Beyonce’s latest songs considering that a new side of Beyonce has now been put at the forefront of pop music.   If one remembers Beyonce ‘s “B-Day” days, she, was often over sexualized and usually and almost always predictable when it came to music. But, Lemonade, explores a Beyonce that is surely vulnerable; sometimes miserable,  and what appears to be a woman betrayed.   The notoriously private pop star, who rarely ever gives interviews, has left much of her private life to the imagination.

The album answered many and started even more questions.  The album was the first literal appearance that Beyonce tackled many of the issues she held dear to her heart — infidelity —  social injustice — racism — and more.

That’s obviously where Lemonade came in.  When Beyonce released Lemonade on Saturday, it, came with many visuals that put Black women at the forefront of music and the pending music history Lemonade is sure to be put in.   Most songs explore various issues only  people of colour  would understand — how — it indescribably is one of the worst feelings to often live in fear.

Beyonce’s album portrays a sense of Black magic that only Beyonce, perhaps, could portray in a way that was done effortlessly yet in a way that people can understand.   However, we’re sure not many men would like it if their wife went on HBO to tell the world he cheated (chuckles).  Lemonade, is, in a way, a long-awaited continuation of the original song Formation that Beyonce sung at the Super Bowl.   Formation,  perhaps Beyonce’s most famous tune at this time, is a song that explores “Black Pride” and the exploration of what it means to be black and respecting the quirky mannerisms that make one African-American.

Formation came at a time in when social injustice against Black People was rife, at least by means of police in America.   In a country where racism is bigger than ever (even in 2016) the number of deaths among African Americans by means of police continues to grow. While some have been killed due to less than smart decisions, others, were entirely innocent and were killed for no reason. Perhaps, one of the many reasons Formation was born — as a message — to police to “Stop Killing Us”.

The song, upset millions as an OD to kill police officers. However, it wasn’t. Beyonce’s “Formation” and trans-formation into “Lemonade” is both an OD to the thousands of rumors that have been told about Beyonce; an alleged marriage infidelity, and social injustice. Social injustice, that, Beyonce clearly holds dearly to her heart as an African-American woman.